Considering the present estimation, it cannot be denied that the urban population of our country has observed an immense change and advancement in their lifestyle. And with the PM Awas Yojana, it is yet to receive another phenomenal growth in forthcoming years. According to reports, there will be an increase of 400 million people from current level and the biggest challenge will be offering proper residential areas, sanitation, a safe environment and development for the city dwellers.

Presently the development within a city is handled by the real estate developers and those individuals decide which areas need development.

This scheme is divided in 2 important parts

The aim of Awas Yojana 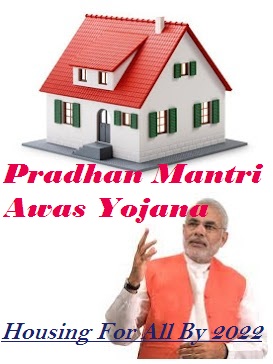 The beneficial aspects of Awas Yojana:

The Central Government of India will transfer Rs. 1.30 Lakh crore within the next three years under this scheme. The funds will be transferred directly to the bank account of the beneficiaries.

Pradhan Mantri Awas Yojana will be operating on Direct Bank Transfer so that the transparency of the scheme is maintained. The funds will be transferred directly to the bank account of the beneficiaries in installments over a period of three years. The Indian government will start transferring the money from September. For checking the diversion of funds and transparency, the government will do geo-tagging of all the homes under PM Awas Yojana. The government has provided training to 30,000 masons for constructing homes. The government has also finalized the designs for each geography.

Changes in  – Interests and Subsidies for 2017

One of the most ambitious projects undertaken by the current Union Government is – Housing for All by 2022. The scheme started back in 2015 but on New Year’s Eve, 2016, PM Modi made some interesting announcements and brought in some important additions to the PMAY. Newly identified target groups with new sanctioned loan amount was the basic announcement. What was really important about the announcement was the clarification of identification of new target groups and coming up with loan options for them. Previously, the scheme was designed for EWS (Economically Weaker Sections), LIG (Low Income Group) and Women. Now, the government has included MIG or Middle Income Group.

This declaration of PM Modi gave relief to many people and it is expected that more and more people will be opting for home loans under this grand scheme. Let us take a comparative look at the previous scheme and the new announcement and find out how the new parameters will impact people.

Comparative Look at PMAY 2015 and New Announcements for 2017

As we see from the table above, the new MIG groups which have been identified under the PMAY are expected to increase the participation of more and more potential home buyers. This move was possibly taken by the government to give a major push to the scheme. The MIG groups identified under the scheme cover neo-MIG in rural sectors of India. This will allow penetration of the scheme in the rural areas where many people still do not have a house of their own.

All the Details about Pradhan Mantri Awas Yojana in Tabular Format