The Credit Linked Subsidy Scheme has been introduced to improve the conditions of the micro industries. The scheme is being introduced by the ministry of small scale industries and the development is for improving the technological support for the industries that are struggling to find their feet. The scheme has been introduced to upgrade and provide better facility for the technological up gradation.  The improvement in the field of technology is also made with the help of subsidies. 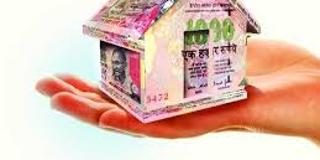 Under this particular scheme the people are provided with the 12 percent capital subsidy and thereby the small scale industry owners are getting better support to have the access for better technologies. As per the calculation it is estimated that the amount of Rs 40 lakh after the revision of the scheme.

The insufficient technology has made the industries to come with some of the major issues and among these issues the major problem is because of the technological fault. The technological issues are reducing the efficiency as well as consuming more input. So it has reduced the overall income that the organization is expecting from the firm or the industry.

With the introduction of the scheme, the enterprises could able to match the demand of the market and that will also allow the firm to have better production. This has ultimately helped the people involved with micro industries to have better success in their field and thereby they can have better income out of it.

Objective of the scheme

The several objectives that the Credit Linked Subsidy Scheme is aiming to have are listed in the points given below:

To come under this particular scheme one has to come under certain eligibility criteria and these criteria is listed in the points given below:

In the modern era, the implementation of technology is very essential as it improves the accuracy as well as the rapidity of the work. So to implement such technology some investment is very essential and to have proper investment the ministry of small scale industry has established the Credit Linked Subsidy Scheme. The scheme is aiming at technological development and the development is achieved by modifying the devices that are being used to manufacture the goods and services. It has also allowed the owners of small scale industry or the eligible persons to have better machinery and thereby the industries are manufacturing good number of products and that is directly benefiting the development of the enterprises.

The scheme was launched in October 2000 and since then it has been a useful scheme for the development of the nation. With the industrial development the nation is getting better exposure and that is directly leading to the development of the nation. The scheme has proved to be useful and that is why it has been modified in 29th of September 2005. The revised scheme has helped the micro as well as small industry to expect a subsidy of 15% capital which is eligible within the limit of rupees fifteen lakh.