Well the entire nation would be well aware of the housing scheme carried by the central government led by BJP for poor and below poverty line families all over the nation. On the eve of this year 2017, the PM of the nation Mr. Modi has announced a new up-gradation of the existing PM Awas Yojana Loan Scheme. 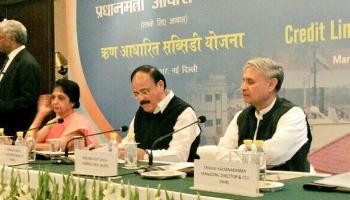 As per the announcement made by the PM of India, the central government recently released official statement of introducing Pradhan Mantri Awas Yojana for middle-income groups of the Indian society.  Well the entire welfare plan comes under the part of the existing ‘Housing for all’ initiatives that is being implemented all over the nation for the past few years.

This PM Awas Yojana for urban middle class people has been officially named as the Credit Linked Subsidy Scheme for Middle Income Groups – CLSS (MIG) by the relevant government sectors. According to the process followed in the CLSS (MIG) the middle income groups of the Indian society has been divided into two different groups based on their annual incomes.

Highlighting Factors of this scheme

Announcement from Prime Minister of India on New Year’s Eve

While addressing to the nation people on the Eve of this recent New Year 2017, the Prime Minister of India Mr. Modi has quoted that his dream scheme of providing affordable houses for the homeless poor people Awas Yojana is about to be extended for the Middle Class Groups category. Owing to that majority of the homeless people of the nation would be able to get proper housing under the finance assistances of government of India.