Although India continues to proceed with great promise, the poverty line has yet to bridge the enormous gulf between the rich and the poor. The maximum number of people in our country does not have the basic amenities of life which includes a roof over their heads and a safe shelter at night. 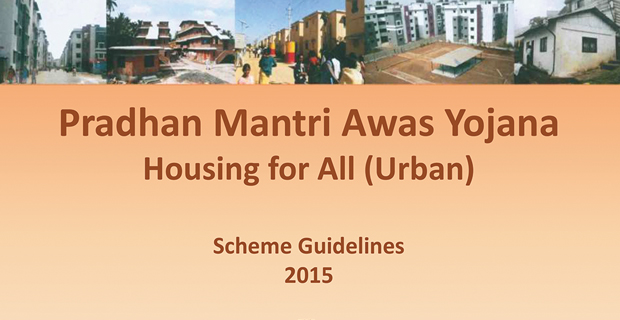 The number of street dwellers is growing at an alarming rate and this is something which bodes serious concern indeed. The Scheme promises to provide housing provisions for the homeless by the year 2022. This is the time by when our country would be proudly celebrating 75th year of Independence.

Government is welcoming the online applications for Pradhan Mantri Awas Yojana. The qualified applicant can apply online for the Pradhan Mantri Awas Yojana by just filling their contact particulars as well as the AADHAR Card number. Online form can be downloaded from the website which is free of cost. One can found the application form from the website under the link Citizen Application. One can check the status of their application online by filling the AADHAR Card number and application number.

Tips to find CSC in your city

As government gives the facility to apply for Pradhan Mantri Awas Yojana through Common Service Centers so the persons who are not aware of computer and internet can apply by going to these centre. One of best thing is that the processing fees of application form on these centre is only Rs 25. So one can easily find Common Service Centers in their area as there is CSC in every village for the help of villagers

This means that by making the whole procedure online, it can be carried forward with much quick speed. So be hurry and fill the online form.

This program launch has proved very effective for the street dwellers. If the private developers provide excess plots of lands, those can well serve as rehabilitation houses for the under privileged and homeless. The Public and Private sectors can collaborate to provide Affordable Housing for the weaker section which would be within their economic budget.

The more underdeveloped section of the society can also opt for credit linked subsidy to get the Promotion of Affordable Housing society. Individual house and house constructions should also be provided with subsidy for beneficiary.

About the beneficiaries Details

A slum may be defined as a somewhat congested plot of land which houses a good number of families. The conditions of living are far below standards than expected normal in this kind of housing colony with improper sanitary conditions and low quality drinking water. This PMAYU movement would strive to make things a whole lot better by providing the urban street dwellers a safe and healthy shelter.

The beneficiary family can comprise man and wife and unmarried young people. However there are barring factors which state that a family which avails this government policy should not be in the ownership of a pucca house. The pucca house should not be owned by any member of the family in any part of the country in order for them to gain advantage of this mission.

People who can seek assistance

Other than economically weaker section or low income group individuals, other people who can seek assistance from this scheme are the individuals of scheduled castes and tribes. The best part of this scheme is that it accommodates Indian women also of all religions and castes. So it can be safely said that once this movement is launched no woman will ever be homeless again. All individuals are equally eligible to approach this movement and thus there is no bias or discrimination against anyone on any prejudices.

Recently the Ministry of Housing and Urban Development has approved a new PMAYU proposal. New affordable houses will be constructed. According to PMAY we know that in the urban areas the poor will shift to new housing locations. These houses will be cheaper and banks would give loans to the poor at cheaper interest rates. The beneficiaries of these loans can repay these loans in a subsidized rate of 6%. At present the total investment of the government for building these houses is Rs. 1 lakh crore. It is estimated that by the end of the year 2019 many urban poor will have a roof over their head. This will help give shelter to several of those who have kuchha houses.

Here are some of the facts