Angikaar Campaign 2019 to bring PMAY U Beneficiaries in Ujjwala and Ayushman Bharat [Eligibility Criteria, Documents, List, Form, How to Apply]

The Union Housing and Urban Affairs Ministry has launched a campaign called Angikar campaign on 29 August. The objective of the campaign is to bring the beneficiaries of Pradhan Mantri Awas Yojana Urban or PMAY-U under one fold of other central government implemented scheme. The other significant schemes are Ayushman Bharat and Ujjwala schemes; and the government is trying to merge the PMAY-U into those two schemes. The change has been made to give special attention to the basic problems. 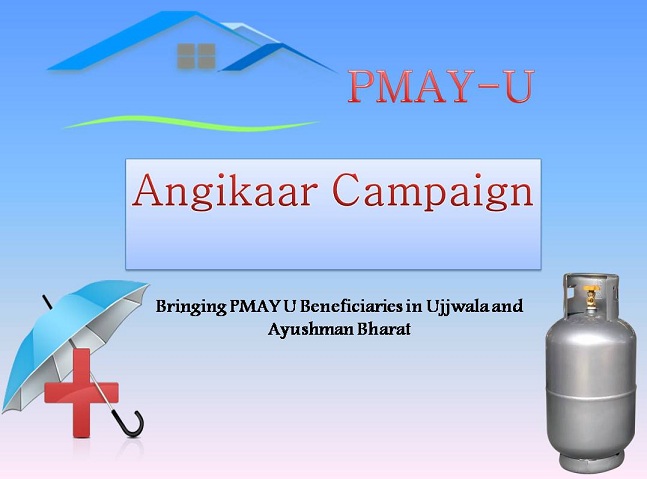 The launching details of the campaign are given below in a tabular form.

Key features of the campaign

As the campaign is launched for the beneficiaries of PMAY-U scheme so the candidates need to be the resident of urban area. But, campaign is just launched, so the authority has not declared the eligibility criteria yet.

As soon as the eligibility criteria will be declared you will be updated about the required documents as well.

How to register for the scheme?

As the campaign has just launched and yet to be implemented so the registration process is not revealed yet.

It is said that merging of the scheme is an intelligent step that the government has taken. The campaign will look after the minute issues of the society. Though the issues sound minute but they are the basic problem of the people. Along with providing the housing, the campaign will try to solve the problem of the people by providing the basic facilities. Apart from that, under the campaign government will form a disaster management team.