Pradhan Mantri Awas Yojana one of the strong initiatives taken by the current prime minister of India, in order to provide housing for all homeless citizens across the nation. Under this new housing scheme, government of India has picked around 305 cities across the 9 states from India to construct houses for the poor urban peoples who are being homeless. 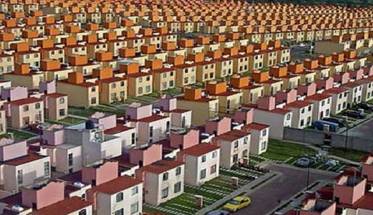 Aim of the PM’s Awas Yojana

During the launch of the scheme in 2015, the current prime minister of India Mr. Narendra Modi exclaims that this housing scheme would offers all homeless citizens in India a dream home with the year 2022.

Eligibility for people to get dream house under this PMAY scheme

On the recently picked list of 9 states, the Manipur state too included and 4 of its cities has been selected for constructing houses for the poor people under this Pradhan Mantri Awas Yojana (PMAY).

The list has been amended as the first phases of the PMAY scheme; the information came from the secretary of Manipur Urban Development Agency (MUDA) Mr. Nepram Geetkumar. Owing to the regular awareness program conducted by the state government of Manipur, lot of applicants applied for receiving house under this PMAY scheme.

Awareness created by the state government of Manipur

In order to reach the benefits of the PMAY scheme launched by the Prime Minister, the state government has organized couple of call centers and sets more than 25 local bodies to get engaged with the urban people of the state to get awareness among them about the PMAY ‘housing for all by 2022’ scheme. In addition, the state government officials also conducted several seminars and various competitions among the local bodies to get clear about the vision and mission of the scheme.

Benefits under this PMAY scheme

Under this PMAY ‘Housing for all by 2022’ the beneficiaries would be to get low interested housing loans from nationalized banks of the state. Peoples from Low Income Group, Economically Weaker Section would get housing loans with low interest rates of 6.5% under PMAY scheme.