Marriages are social occasions that are celebrated with grandeur. But the people falling under the poverty level find it difficult to gather necessary funds to arrange the marriage ceremony. To assist these families, the state government of Up has come up with a new scheme called the Mukhyamantri Samuhik Vivah Yojana. The project is targeted towards providing financial assistance to the selected brides and arranges collective marriage ceremonies, under the watch of the government departments, in various areas in the state. 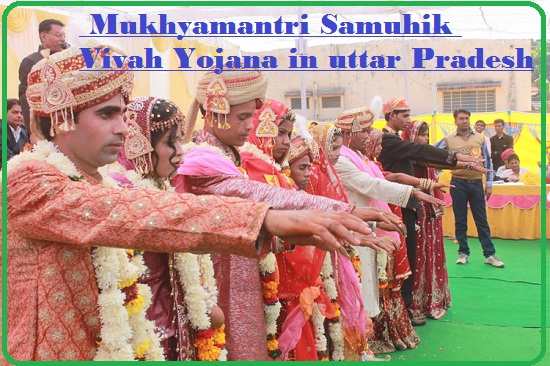 Launch details of the scheme

The announcement of the scheme has been done by the Chief Minister of the state in mid-2017. Yogi Adityanath is known for implementing many welfare schemes for improving the condition of the poor and needy masses. It is another step towards this and will be looked after by the Social Welfare Department of Uttar Pradesh.

Key features of the scheme

Eligibility criteria for the scheme

Important documents required for the scheme

Budget allocated for the scheme

The state government has already announced the budget and has made necessary allocations. The Finance Minister of Uttar Pradesh, Mr. Rajesh Agarwal has announced that for the successful implementation of the Samuhik Vivah Yojana, the state authority has allocated a whopping sum of 250 crores.

How the project works

With the implementation of the program, the brides will be empowered and the state will be able to extend a helping hand towards the poor and the needy. As more people register under the scheme, the harmful effects of minority marriage will be eliminated.